A female driver would require the expertise of a top accident lawyer following her arrest for an accident that occured two months ago in Marietta, Georgia. Saundria Duncan, 36, a city resident, turned herself in on Wednesday, June 17th, after the Cobb County Police issued a warrant for her arrest.

The suspect is facing a second-degree vehicular homicide charge and failure to yield. The latter caused her to strike a Dallas motorcyclist, 47-year-old Steven Winiarczyk, on April 17th. The collision occurred at the turning into Milford Crossing Shopping Center on Austell Road.

The Cobb County Police said in the initial crash report that Duncan was driving a Dodge Charger south on Austell Road, while Winiarczyk was traveling north on a Honda motorcycle. When the woman turned into the shopping center, she struck the victim’s bike, ejecting him onto the road.

Responding medics took the then-injured man to Wellstar Kennestone Hospital where he passed away the next day. The suspect did not sustain any injury in the collision. On Thursday, June 18th, the police released her after she posted a $5000 bail bond.

Under Georgia law, prosecutors try vehicular manslaughter either as a misdemeanor or felony. The former carries a punishment of one year in jail and up to $1000 fine, while the latter carries a prison term of three to fifteen years. A habitual violator faces five to twenty years prison term, and the person can also face a civil lawsuit from the victim’s family to recover damages. 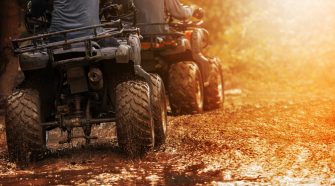