Accident reports obtained from the Contra Costa County Coroner’s office confirmed the death of a 19-year-old man in a traffic wreck after his car crashed into a canal in Pittsburg, California. The fatal crash took place on the morning of Wednesday, April 15.

Officers responded to the wreck site just after 2:20 am following reports of a single-vehicle crash on Railroad Avenue.

Preliminary investigations determined that the fatal victim was northbound on Railroad Avenue, driving at a high rate of speed.

Just as the speeding vehicle approached the 3700 block, its operator lost control, causing it to veer off the roadway, and hit a utility pole. The car then skidded into a canal located off the road’s edge, coming to rest with its wheels faced up, before sinking.

About 20 minutes later, the water rescue team who responded at the scene were able to pull out the waterlogged vehicle, with its sole occupant still trapped inside.

They rescued the victim from the wreck and attempted several life-saving measures on him before transporting him to a local hospital. The Contra Costa County Fire Protection District spokesperson, Steve Hill, said the motorist was pronounced dead upon his arrival at the hospital.

Authorities have since identified the deceased as Juan Benitez, 19, of Pittsburg. The accident reports did not ascertain whether Benitez appeared to have been impaired at the time of the accident.

Investigations are underway to determine the cause of the fatal crash that claimed the teenager’s life. 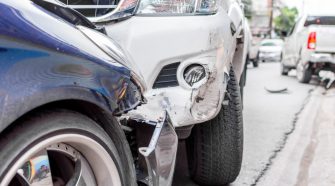