An accident in Calistoga, 56 miles to Oakland, on the night of Saturday, February 29th, saw the driver and a minor injured. The former got identified as David Lloyd Smith III, 24, of Santa Rosa, while the name of the little boy, got withheld.

According to the California Highway Patrol, Smith and the 3-year-old boy were traveling in a 2014 Honda. They were going east on Tubbs Lane west of Highway 128 when the accident occurred.

At about 11:57 p.m., the driver ignored a stop sign, drove through it, and crashed into a wall behind a T-intersection. The collision left Smith and the minor with moderate injuries, and first responders transported them to the Queen of Valley Medical Center, Napa.

Smith was impaired when the accident occurred, and he got cited by the CHP. The latter arrested him, and he got booked into the Napa County Jail while being investigated for DUI causing injury, as well as a misdemeanor count for child endangerment.

Both offenses are criminal and taken seriously in the state of California. Child endangerment under the Penal Code connotes, causing a minor to suffer unjustifiable mental or physical pain.

It also connotes willfully causing a minor to be injured or willfully placing a minor in a dangerous situation. In reaching a verdict for child endangerment, the court will consider the risk the child was exposed to. 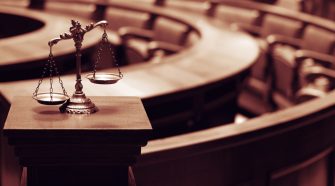