The Atlanta Police Department, Atlanta, Georgia, on Monday, March 2nd, identified the man that got killed in a hit-and-run accident. His name was revealed as TyDrecko Lee.

Lee was killed on Sunday, March 1st, in southwest Atlanta at about noon. According to the APD spokesperson, Marla Rooker, the police had a 911 call about shots getting fired in the 700-block of Garibaldi Street.

On getting to the scene, the police found Lee dead on the floor; he was hit by a vehicle identified as a Jeep Wrangler. The occupants of the jeep were nowhere in sight, having fled the scene.

The police believe that the crash was intentional, and they also found other vehicles hit by the jeep as the unknown suspect fled the scene. Gunfire also damaged two cars found on the street.

The police are investigating the accident as a homicide, and the investigation is ongoing. They have asked anyone with credible and correct information about the occupants of the jeep to contact the police.

A hit-and-run is a severe criminal offense in Georgia. Under the laws of the state, it has a more severe penalty than a DUI charge, and hit-and-run is charged either as a misdemeanor or a felony.

When there’s a death or grievous bodily harm, an offender faces between one and five years, and on conviction, the driver will have his or her driving license suspended for about four months.

Depending on the severity of the case, the offender may have his or her driver’s license suspended for a more extended period. In some cases, the person will not be eligible to receive a license or permit after serving the prison term. 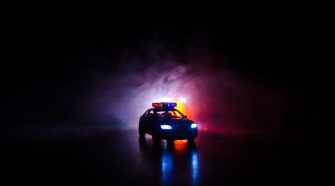