Sydney Weakley, 21, was killed in a car accident Sunday night in Fresno. The New Year’s Day collision was the first fatal crash in Fresno this year.

The crash occurred at the intersection of Herndon Avenue and West Avenue, near Weakley’s home. As Weakley turned onto Herndon Avenue, she was hit on the passenger side of her vehicle by an SUV travelling west on Herndon.

Weakley, who died at the scene, was the only fatality of the collision.

The driver of the SUV was identified only as a man in his twenties. Police said that alcohol was not a factor in the crash, but that the accident did involve a right-of-way violation.

Weakley was a driver for Uber, and was working at the time of her death. She worked two additional jobs at Payless and Ultra Beauty.

Weakley’s death was announced to her parents at midnight on Sunday. Monday evening, a candlelight vigil was held in her honor. 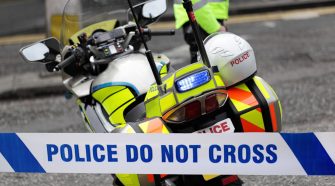