Matthew Ryan Adams, 19, of Orem, Utah, was an active duty Marine stationed at Camp Pendleton, California with the 1st Marine Logistics Group. He died on Tuesday, January 14, 2020 when a wrong-way driver evading police slammed head-on into his vehicle.

Adams was driving a 2008 Pontiac Grand Prix in northbound lanes of Interstate 5 just after midnight.

Christian Zurita, 42, was driving a black Ford F-150 truck. At 12:12 a.m. Oceanside police pulled him over at Carmelo and Monterey drives for a minor traffic violation. As officers approached the truck on foot, Zurita sped away.

The officers returned to the cruiser and began chasing the truck. Zurita entered the northbound I-5 in the wrong direction. The police car gave up the chase, but CHP helicopters continued tracking the vehicle. Witnesses estimated that Zurita was traveling at around 100 mph.

Near the Las Flores Drive exit in Carlsbad, Zurita collided with Orem’s Grand Prix and witnesses reported an explosion.

It was not clear if alcohol or drugs were involved or why Zurita was evading police. 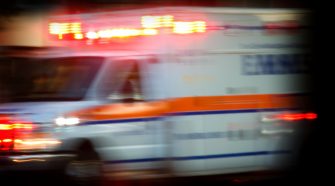