On Sunday morning, March 8th, in Stockton, California, a man while driving under the influence crashed into a police patrol car. The Stockton Police Department identified him as Jamar Williams, 28, and he is currently in custody.

The preliminary police report showed that two officers, whose names are not disclosed, were sitting in a patrol vehicle when Williams crashed into them. The accident happened at about 6 a.m., precisely El Dorado and Walnut streets.

The officers said the young man was driving an unidentified car when he crossed the intersection without paying heed to the stop sign. The crash against the patrol car left the officers with pains, and they were taken to a nearby hospital for checkup and treatment.

Officers who responded to a call about the accident carried out a field sobriety test on Williams, which he failed. They arrested him on suspicion of DUI, and have him in undisclosed county jail.

Driving under the influence is one of the most severe traffic offenses in California. The law provides that a driver should not have above .08 percent blood alcohol content when behind the wheel.

Having above it is considered a criminal offense, and prosecutors charge it either as a misdemeanor or felony depending on the circumstance of the case. It is the former when there’s no injury, death, or damage to property, and the latter when all or either of the aforementioned occurs.

A guilty DUI plea or conviction means jail time, a fine, or both. Additional punishments include suspension of driving privileges and random chemical tests by a court appointed-official. 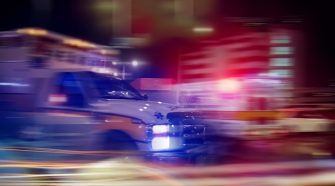