The Anaheim Police Department released an accident report detailing the events that led to the demise of Jose DeJesus Berrelleza, 33. The Wednesday, September 23rd, report revealed that the man died after getting run over by his work van in Anaheim, California.

Sgt. Shane Carringer said that the victim was trying to prevent the theft of his van. The incident happened around 6:20 a.m. on Tuesday, September 22nd. It was in the area of Melinda Circle at Elsiena Way, and Berrelleza died at the scene.

Carringer said that he fell from the stolen vehicle as it fled. The police believe that the man, who left behind an 8-year-old daughter, tried to stop the theft to prevent the loss of his livelihood.

Officers found the van about three hours later, about a mile and a half away from the crash site. They detained three suspects identified as Omar Sanchez, 28, Yesenia Escareno, 21, and Adriana Gomez, 29, and later placed them under arrest. The trio are Anaheim residents.

Carringer said that they remanded Sanchez and Escareno on suspicion of murder, carjacking, and receiving stolen property. They booked Gomez on suspicion of being an accessory to the crime. There is no additional information.

Murder is a severe offense under the California Penal Code and carries a lengthy prison sentence depending on the case’s facts. Every person found guilty of murder in the first degree faces a death penalty or imprisonment in state prison for life without the possibility of parole. 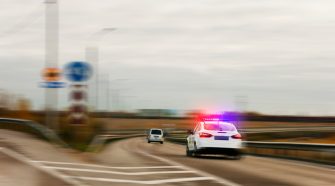