On Wednesday, September 23rd, the Clark County Coroner’s Office identified the man killed in a vehicle collision in Las Vegas, Nevada. The coroner said that Edward Eugene Graham, 45, died from blunt force injuries to the head, and ruled his death an accident.

Facts from the car accident report placed the time of the occurrence at about 11 p.m. on Sunday, September 20th. The Las Vegas Metropolitan Police said that the chain of events leading to the crash began on Bonanza Road near Las Vegas Boulevard.

The police said that an SUV driven by Graham struck a person and failed to stay at the scene. The car drove off on Bonanza and ran a red light at the intersection with the Boulevard, leading to a three-vehicle collision.

The paramedics transported the victim to the hospital, where he succumbed to his wounds. The report did not state the condition of the other drivers or the pedestrian struck. The crash led to the closure of the intersection while officers cleared the scene.

Motor vehicle collisions are not uncommon on roadways in Nevada, and they occur due to the negligence of drivers. Common causes of this type of accident are running red lights or stop signs at intersections, wrong-way driving, and speeding.

Drivers at intersections must yield the way to oncoming vehicles and watch closely before driving through. Wait for the light to turn green, and watch out for red-light runners and those trying to beat the yellow light. 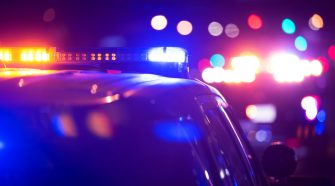