Judge Jon Kapetan of the Fresno County Superior Court, California, handed down a six-year sentence to Karmjit Singh, 35, of Visalia for killing a minor in a traffic accident near Selma. The sentencing took place on Tuesday, August 11th.

The man pleaded no contest in May for the 2019 crash that killed 8-year-old Maverick Martzen and severely injured his parents. The latter, Scott and Megan Martzen, informed the court that their son’s loss has been immeasurable.

The couple believes that the sentence of 6 years, although it is the maximum, is not enough, and Singh deserves to spend the rest of his life in prison. Kapetan agreed with the assessment stating that he questions if justice served its purpose in this case, and in his opinion, he believes it did not.

The convicted man drove through a stop sign at the intersection of Bethel and Rose Avenues in a black BMW on February 23rd, 2019, at about 10 p.m. The car accident report disclosed that Singh did not have a valid driver’s license due to a previous DUI, and traveled at top speed.

Scott Martzen, who operated a Kia Optima, with Megan and Maverick as his passengers, swerved to avoid the speeding BMW, but was unable to. The two vehicles collided, and the victim’s father’s car crashed against a tree, while the convict’s car entered a dry irrigation canal.

Medics resuscitated an unconscious Maverick, took him to Selma Hospital and went from there to Valley Children’s Hospital, where he died. Singh issued an apology to the victim’s parents stating that he regrets his actions. He acknowledged that while he does not understand the pain of losing a child, he would carry the guilt of killing one for the rest of his life. 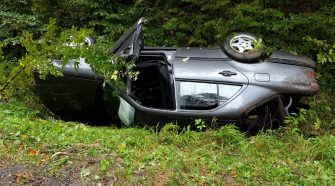