The expertise of a car injury lawyer would be needed after a car crash in the Gustine area of California left no fewer than two casualties in its wake. The incident took place on the evening of Wednesday, April 22, according to the California Highway Patrol.

Officers were deployed to the accident location just after 4:22 pm following reports of a traffic wreck on Highway 33, just north of Sullivan Road.

Investigators determined that a 1996 Acura Integra driven by the injured woman was traveling through the north traffic lanes on Highway 33.

Upon approaching Sullivan Road, the motorist, identified as Lisa Chaves, 23, of San Jose, suddenly made a left turn onto the roadway almost at the same time as a 2017 Nissan Sentra.

The sudden move caused the Nissan to collide with Chaves’s vehicle on the front passenger side, causing severe damages.

A 26-year-old male passenger riding in the front seat alongside the Acura’s operator was fatally injured in the crash and was pronounced dead by emergency responders. His name was not disclosed to the public.

Meanwhile, the driver of the Nissan, identified as Luiz Cruz, a 25-year-old resident of Santa Nella, escaped the wreck unscathed. None of the involved parties appeared to have been under the influence at the time. Police also affirmed that they were all restrained by a seat belt.

The incident remains under investigation. 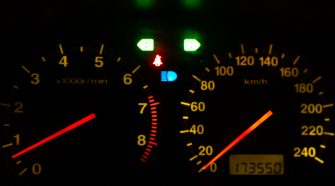