The son of a bicyclist who was killed back in 2018 has filed a wrongful death lawsuit against the City of Long Beach.

Nineteen-year-old Bradley Lembke filed a complaint in the Los Angeles Superior Court in connection with the November 8, 2018 death of 39-year-old Bryan Lembke.

The elder Lembke was riding along Spring Street in the area of El Dorado Park when a vehicle struck him.

In a May 2019 claim for $1.6 million, Bradley is alleging that the California City was at least partially to blame for the accident. The City has denied the claim.

According to court documents, the crash happened as Bryan rode west on Spring Street at its intersection with El Dorado Park.

A Honda Accord reportedly struck him after the driver sped off the 605 Freeway off-ramp onto the Street.

Bryan was taken to Long Beach Memorial Hospital where he succumbed to his injuries four days later.

The lawsuit alleges that the City of Long Beach was negligent in that it failed to provide and maintain a dedicated bike lane on Spring Street.

The complaint says this failure was the proximate cause of Bryan’s death.

Bradley is claiming that the City negligently and carelessly failed to avert the creation of a dangerous and defective condition. 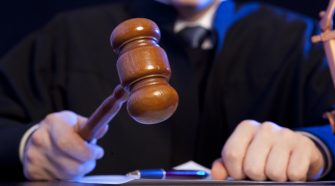