There were two wrecks involving Richmond County Sheriff’s Office Deputies in as many days.

On Monday, Deputy Stephen Harden collided with another vehicle during a high-speed chase on Gordon Highway.

According to accident reports, he tried to make a left turn onto Sibley Road while the traffic light at the junction was solid yellow.

Harden was reportedly struck by another driver as he activated his light.

Harden did not suffer any injuries, but he was determined to be at fault for the accident since he allegedly failed to yield.

Reports did not say whether the driver of the other vehicle was injured.

Meanwhile, two people were injured in a crash on Broad Street in Augusta, Georgia on Tuesday. One of them was a Richmond County deputy who was later identified as Troy Moses.

The accident happened around 2 p.m.

According to reports, the deputy was heading east on Broad Street to assist another officer when a Lexus made a left turn in front of the vehicle to go south on 6th Street.

The deputy tried to swerve but the vehicles collided, and the patrol car struck a light pole.

Both Moses and the driver of the Lexus had to be taken to hospital.

The Georgia State Patrol is investigating this crash.

More information may be revealed in subsequent accident reports.

It is not known if anyone involved in either of the crashes will seek representation from a car accident attorney. 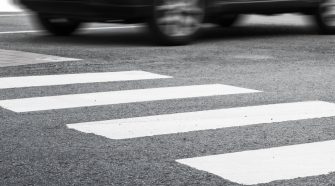