The Los Angeles Police Department announced moments ago that a suspect has been arrested in the fatal hit-and-run accident that left one USC student, Adriana Bachan, 18, dead and another, Marcus Garfinkle, 19, in serious condition. The LAPD will be holding a press conference this afternoon in regards to the arrest. A reward was being offered for any information leading to an arrest of the driver of the vehicle. The total amount was tallied at $235,000.00 after an anonymous donor pledged $100,000 yesterday. Claudia Cabrera, 30, was booked for gross vehicular manslaughter and is being held in the Van Nuys Woman’s Jail. Cabrera is being held on $1 million bail. Police are still looking for Cabrera’s husband, Josue Luna, who is suspected to have been in the car as a passenger when the hit-and-run took place. The couple’s 7-month-old baby was in the car at the time of the crash.

Stay Tuned for updates as they come in. 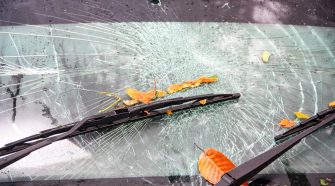