Jason Gordon, 41, of San Diego, died on Sunday, January 19, 2020 in a hit and run accident in the Sherman Heights neighborhood of San Diego. Gordon was a pedestrian, walking home from a friend’s party when a driver in a silver SUV struck him.

The incident occurred on the 1800 block of Market Street. The SUV was traveling eastward in the number one lane. At 1:55 a.m., Gordon was crossing the street. The SUV hit him and dragged him for about 100 feet.

After fleeing that scene, the male driver pulled into Humberto’s Taco Shop near Broadway and 25th Street. He went in to order food; the cashier there reported that the man appeared to have been drinking.

While backing out of his parking space at Humberto’s, the driver then hit a sedan. Two women confronted him, but he left the scene of that collision also.

San Diego Police issued photos from surveillance cameras at the taco shop. Those photos, as well as those from Smart Street Lights near the crash scene led to the arrest Christopher Nunez, 28 on felony hit and run. A 2008 GMC Envoy was also found at Nunez’ home. Currently, police are holding Nunez on $100,000 bail. His arraignment will be on January 24.

Jason Gordon was married, and the father of 14-month old twin daughters. He worked for Tiffany’s as an operations manager. A Go Fund Me page has been established to help his family. 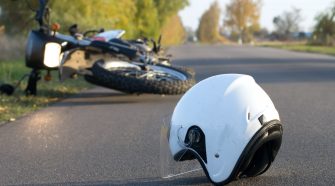