A news report released on Saturday, September 12th, revealed that a former volunteer of the North Central Shelter of the City of Los Angeles, California, filed a negligence lawsuit at the Los Angeles Superior Court. Kelley Kaneko brought the action on Thursday, September 10th.

Court records show that the victim alleges negligence, negligent hiring, training and supervision, premises liability, and public property’s dangerous condition. According to Kaneko, on October 31st, 2019, at about 12:30 p.m., she worked at the shelter on 3201 Lacy Street.

The records stated that the victim was ordered to leash an approximately 100-pound German Shepherd mixed-breed dog named Jax. She was to escort him about 250-feet from his kennel to meet a prospective family at the shelter’s main facility.

The court document showed that the staff advised the victim that Jax was grumpy, but there was no information on his card to reveal potential risks or formal warnings. After the introduction, Kaneko escorted the dog back to its kennel.

The victim was placing Jax in the kennel when unprovoked, he attacked her, biting her forearm and latching onto it. The attack went on for five to seven minutes, and despite calling for help, no one came to the former volunteer’s rescue.

Kaneko alleged that she dragged herself about 250-feet from the kennel to the shelter’s main facility. The dog continued assaulting her until an employee saw and removed Jax from her severely damaged right arm.

The victim claimed that she spent 37 days in the ICU, had two arteries and veins severed, bones crushed, and muscles severed. The 16-page complaint states that the City of LA and the Department of Animal Services were negligent and careless, leading to the shelter’s dangerous condition.

It also contained that the city and the agency knew or had reason to believe that Jax posed a risk to persons at the shelter. She is seeking unspecified damages. 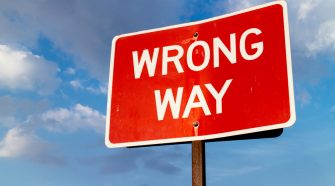