A 3-year-old boy was critically injured after being struck by a pickup truck in Bakersfield, California. The incident, which took place on Thursday, April 24, may require the intervention of a car accident lawyer following the arrest of the involved motorist.

The California Highway Patrol officers responded to the traffic accident in the area of White lane, and Hughes Lane at about 5 am after it was called in by witnesses.

Preliminary investigations revealed that the crash involved a pickup truck driven by 46-year-old Ruben Venegas Etcheverria. The truck reportedly struck the toddler who was at the time standing on the sidewalk. The tot, whose name was not disclosed, sustained life-threatening injuries in the crash.

Following the fatal collision, Etcheverria did not stop to render assistance but fled the scene of the mishap before law enforcement arrived. He, however, returned to the location about an hour later and turned himself in to the police.

Paramedics responding at the crash site transported the injured victim to an area hospital, where he remains in critical, but stable condition.

Officers arrested the motorist on suspicions of felony hit-and-run causing injury. He was not believed to have been under the influence of drugs or alcohol at the time of the crash.

It is important for motorists or victims of car accidents to contact an experienced car accident lawyer to review the case, and possibly conduct an independent probe as soon as possible. 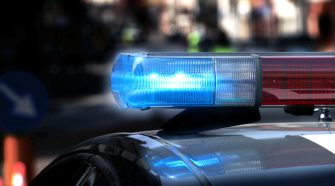