The identification of a pedestrian who died earlier this week after an alleged DUI motorist struck him in Redding, California, calls for the expertise of a top accident lawyer. The Shasta County Coroner’s Office on Thursday, June 18, disclosed the victim’s identity as Murray Ronald Roseberry, a 61-year-old man from Redding.

The incident took place at approximately 10:50 p.m. on Wednesday, June 17, on Highway 17, near Breslauer Way. The Shasta County Sheriff’s Department confirmed in a media release that the victim died from injuries suffered in the accident shortly after he arrived at the hospital.

Preliminary reports showed that the victim was hit by an SUV hauling a boat. The operator of the vehicle, identified as Steward Helmer of Anderson, immediately pulled over after the crash. He exited from the car and checked on the pedestrian before placing an emergency call to the Shasta County authorities, witnesses confirmed. Officers gathered that the motorist may have swerved to avoid a collision, but the boat his SUV was hauling struck the victim.

Emergency responders transported Roseberry to Mercy Medical Center, where he later succumbed to his injuries.

Sheriff’s deputies reported that Helmer displayed signs of impairment during the interrogations. They ultimately arrested the motorist and booked him into the Shasta County Jail. He now faces charges of felony DUI and vehicular manslaughter while intoxicated.

Anyone involved in a traffic accident, or their loved ones, should endeavor to seek legal counsel from a top accident lawyer as soon as possible, to determine the next line of action. 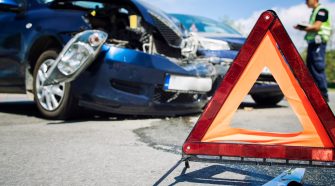