Seven months after a man was faulted in the death of a 72-year-old pedestrian in a traffic collision in Riverside County, California, authorities have re-arrested him in connection with the crime.

The Riverside County District Attorney’s Office, on Wednesday, April 22, recommended new charges against him, which instigated his arrest at about 9 am the same day. The suspect, Oben Gaby Noujaim, 35, of Moreno Valley, would need to be represented by a car accident lawyer.

The Riverside County Sheriff’s Department confirmed that the legal action was in connection with the alleged DUI vehicle-pedestrian crash, which took place at about 7:45 pm on September 10.

According to the court papers, the suspect, reportedly driving under the influence of a controlled substance, struck and killed Lorenzo Romero, 72, of Moreno Valley, at the intersection of Graham Street and Old Valley Road.

After determining he was under the influence, the motorist was arrested but later released on bail.

Following investigations by the sheriff’s department, the reports on the findings were submitted to the DA’s office.

As per DA’s directives, Noujaim now faces charges of vehicular manslaughter while intoxicated, inflicting great bodily injury in the commission of a felony and DUI/drugs causing injury.

The District Attorney’s office issued a warrant for the suspect’s arrest on Wednesday. He was then taken into custody and booked into the Robert Presley Detention Center in lieu of $1 million bail. 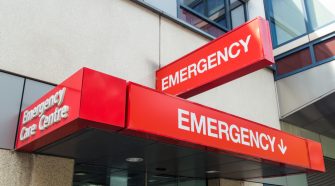