Two people were injured in a traffic collision between a motorcycle and a pedestrian in the Westley area of Stanislaus County, California. The almost fatal occurrence played out on Thursday morning, April 23, and calls for the intervention of a motorcycle accident attorney.

Confirming the incident, the California Highway Patrol released in a statement that a motorcycle struck a pedestrian in the area of Highway 33 and Frank Cox Road at about 10:40 am, causing injuries to both victims.

As reported, one of the involved parties, identified as Randy Stuart, 61, of Patterson, was traveling through the north traffic lanes on Highway 33, in a 2008 Harley Davidson motorcycle.

Just as the cyclist approached its intersection with Frank Cox Road, a pedestrian ventured into the roadway in his path, prompting the cyclist to suddenly apply his brakes.

However, it was too late to stop the bike from hitting the pedestrian. The two victims ended on the ground, both sustaining critical injuries.

Both Stuart, and the pedestrian whose name was disclosed as Felipe Perez, 62, of Grayson, were transported to Doctor’s Medical Center in Modesto for treatment. The reports confirmed that the cyclist was taken by road, while Perez was airlifted to the health facility. The nature of their injuries was unspecified.

Police are investigating the incident to determine the cause and liability of the collision.

Victims of motorcycle-related traffic crashes are encouraged to seek legal counsel from a motorcycle accident attorney to determine the next line of action. 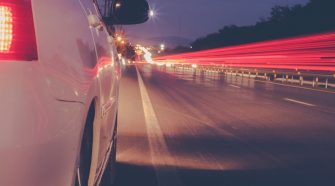