The woman who seemingly walked into traffic, resulting in an auto-pedestrian collision in Bakersfield, California, has been identified as Rose M. Brooks, 69, of Seattle. Updates made to the accident report on Monday, October 12th, disclosed the victim’s identity.

According to the California Highway Patrol, the incident took place at approximately 7:40 p.m. on Saturday, October 10th. It happened on Interstate 5 north of Sabodan Street. The victim was driving a car before pulling to the roadway’s right shoulder for unknown reasons.

The investigators said that Brooks exited the car and appeared to walk into the traffic lanes, where a southbound Dodge Ram pickup truck struck her. She was on the vehicle’s right side, and the impact left her with extensive injuries.

When paramedics arrived at the scene, the victim was unresponsive, and they pronounced her dead. The highway patrol believes that alcohol played a role in the occurrence. The crash led to the closure of the southbound lanes until after 10 p.m.

When an auto-pedestrian accident occurs, there are three phases of impact: the initial impact, the trajectory, and the ground impact. For the first, when the car bumper hits the knee or knee joint, the thigh connects with the edge of the hood, making the body contour to the vehicle’s front.

The trajectory means the body is thrown forward, and the upper body gets thrown relative to the car. The head hits the hood or windshield, separating the pedestrian from the vehicle, and the last impact happens when the body hits the ground. 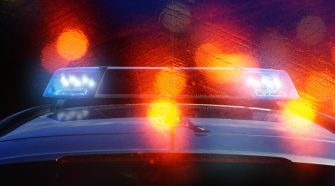