On Tuesday, October 13th, Cook County prosecutors charged the man involved in a fatal accident in the Archer Heights neighborhood of Chicago, Illinois. 21-year-old Javier Bautista was driving the vehicle that crashed with his 16-year-old sister inside.

Facts from the car accident report placed the time of the occurrence around 4:20 a.m. on Sunday, October 11th. It happened in the 4700 block of South Archer Avenue. The Chicago Police Department said the man ran past a stoplight with his 2004 Infiniti G35 sedan.

Bautista crashed into a Ford Escape, and the impact left his sister with severe injuries. The Cook County Medical Examiner said the teenager died from multiple injuries, and an autopsy ruled her death an accident.

The defendant admitted to the police that he had been drinking at a party and ran the red light. Prosecutors charged him with reckless homicide, adding that Bautista was drag racing a Ford Escort operated by a friend before the accident.

The test result determining the man’s blood-alcohol level is pending, and a Cook County judge ordered Tuesday that he remain in custody on a $100,000 bail bond. There is no additional information.

Under Illinois law, reckless homicide is a Class 3 felony, and a person convicted of the offense faces a prison term of two to three years. The crime could also get considered as a Class 2 felony if there are aggravating factors, and the offender would face more lengthy imprisonment. 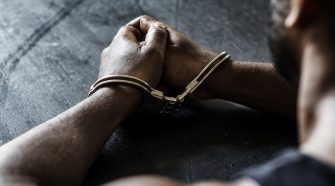