A pursuit involving the California Highway Patrol and a teenage driver in Penngrove, California, on Saturday, September 12th, ended in a fiery accident at the Palace of Fruit. 19-year-old Christopher Anaya would need a top accident lawyer’s service.

The crash report revealed that officers tried to pull over the suspect’s Infiniti sedan after it clocked 90 miles per hour on the northbound lane of Highway 101. CHP David deRutte said it was near the Petaluma Boulevard exit.

Anaya fled from the officers and exited the freeway on West Sierra Avenue in Cotati. The lawmen stopped pursuing the Infiniti for safety reasons as it sped southbound on Redwood Highway. Shortly after, a report came in of the vehicle crashing into the fruit stand near Ely Road and Old Redwood Highway.

Officers pulled the driver and three passengers out of the wrecked car from the back window. Battalion Chief Mike Weihman of the Rancho Adobe Fire Department said that the vehicle’s fuel tank ruptured, causing the fire.

The fuel tank ignited the building, and the firefighters upgraded it to a structure fire. When firefighters arrived at the scene at about 3 a.m., it took twenty of them and six engines to put out the flames. Weihman said they spent about an hour, and they had assistance from the Petaluma Fire Department.

Anaya was uninjured, and the CHP arrested him on suspicion of felony evading law enforcement and reckless driving. They booked him into the Sonoma County Jail. 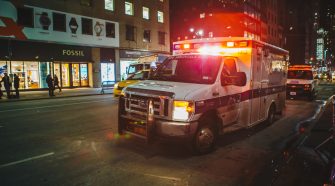