A man is in police custody in connection with a DUI collision that ended a pedestrian’s life in Redding, California. The incident leading to his arrest played out on Wednesday night, June 17, and calls for the involvement of a drunk driving attorney.

The Redding Police Department deployed officers to Highway 273, on reports of a pedestrian struck by an SUV hauling a boat. The occurrence happened shortly after 11 p.m., near Kenyon Drive.

Investigators determined that the suspect, identified as Stewart Helmer, 63, of Anderson, was driving an SUV southbound on 273. The vehicle had a pontoon boat attached to its rear and was travelling between the Breslauer and Kenyon Drive intersections with the highway when it encountered a pedestrian.

Helmer admitted to officers that he spotted the pedestrian near the west fog line before the accident. The man reportedly swerved to avoid a collision, but the front of the boat the vehicle was hauling struck the victim. Accounts from witnesses confirmed that the driver exited from his car immediately after the crash to help the victim.

Medics showed up at the scene a short while later and tried to save the pedestrian by conducting chest compressions. They then transported the victim to a hospital where he eventually succumbed to his injuries. His name remains withheld pending notification of his next of kin.

Meanwhile, Redding Police Department officials conducted field sobriety tests on Helmer, which he failed. They arrested him on suspicion of DUI and vehicular manslaughter while intoxicated.

Stemming from his charges, the suspect would require representation by a drunk driving attorney during the legal proceedings. 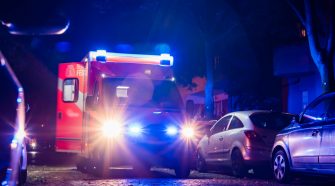 Tarone Conway Run Over After Falling From Vehicle In Calumet City