44-year-old Teron Smith of Columbia has been identified as the man who died after crashing his car during a police chase in Gainesville, Georgia. The Hall County Sheriff’s Office made this known on Wednesday, June 17th.

The Georgia State Patrol said in the accident report that the victim passed away on Monday, June 15th. The Gainesville Police Department and the HCSO conducted the chase. The latter received news of a robbery attack around 3 p.m. in a home in the 1300-block of Marrow Drive.

The robber, now identified as Smith, robbed a man and woman at gunpoint and fled the scene in a black Nissan. Deputies dispatched from the sheriff’s office found the car at the intersection of Marlow Drive and West Ridge but lost him after a failed attempt at a traffic stop.

GPD joined the chase a short while after, and Smith wrecked his car while trying to circle back to where the deputies sighted him. Derreck Booth, the spokesman for the sheriff’s office, said that when the officers saw the victim, he had visible injuries to his face and head.

The Hall County Fire Services then conveyed the injured man to Northeast Georgia Medical Center, where he later died. The police then sent his body to the county medical examiner for identification.

A search of the Nissan led to the recovery of a handgun and the stolen money. Booth said that they discovered an outstanding probation warrant against Smith from Harris County and another for drug possession in San Francisco County, California. 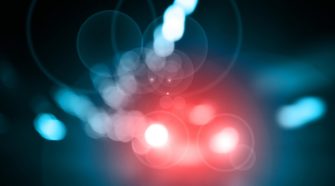 Jeffrey Smith Involved in Fatal Crash that Kills One