A high-speed car chase in the San Bernardino area of California on Wednesday, June 24th, led to the arrest of 32-year-old Skyleur Young of Victorville. The San Bernardino County Sheriff deputies took the man into custody after he crashed his car on the 215 Freeway.

The crash occurred near the interchange shortly after 10 a.m., and the crash report disclosed that the events leading to the incident started in Victorville. The sheriff’s office around 9:30 a.m. dispatched deputies to Ashmont Street and Indiana Hills after a resident called about a suspicious silver Ford SUV parked in the neighborhood.

The SBCS Spokeswoman Cindy Bachman said Young was driving the Ford, and when deputies tried to pull him over, he fled from them. The pursuit took the lawmen, and the suspect went south down the Cajon Pass and onto the 215 Freeway before the man merged onto the westbound 210 Freeway.

Young, who was driving at top speed, then lost control of the car, causing it to spin and crash. The Ford rested facing the seven deputies and their vehicles. The man exited his vehicle and pointed a gun at the officers, but they were able to restrain and take him into custody.

The suspect sustained an injury, and the medics took him to the hospital. The police recovered a gun from the scene, and they are keeping the investigation open. The crash led to the freeway’s closure for several hours, and the SBCS reopened it after concluding its preliminary investigation. 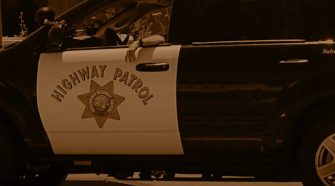