A little over three months after a car accident in San Jose, California, claimed the life of a woman, the San Jose Police Department released the accident report. On Friday, October 9th, the investigators said in a news release that Lydia Rodriguez, 75, of Daly City, ran a red light and crashed into another vehicle.

The SJPD said that Rodriguez was behind the wheel of a 2004 Toyota Camry east of Alum and traveled at high speed. She ran the red light and struck a 2002 Dodge Durango. Medics rushed the victim to the hospital, and she passed away on June 30th.

The man driving the Durango and two adult passengers sustained non-life-threatening injuries, and medics conveyed them to the hospital to receive treatment. The police failed to explain why it took so long for them to announce the fatal crash.

They stated that any inquiry should be directed to the medical examiner’s office. The collision was San Jose’s 37th fatality for the year. There is no additional information at this time.

Running red lights is a traffic offense under the California Vehicle Code and one of the common causes of motor vehicle accidents. The law provides that drivers should stop their vehicles before entering the pedestrian line of an intersection, and remain there until the light turns green, giving them the right of way.

Previous Craig Reed Killed in a Single-Vehicle Crash Near Toulon

Next Mark Vermillion Arrested for Elder Abuse in Canyon Lake 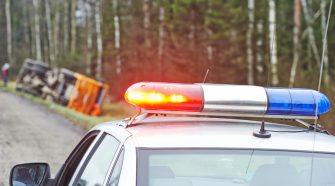