The Elgin Police Department said that a driver is in custody and a woman dead after an auto-bicycle collision in Elgin, Illinois, on Tuesday, July 28th. In the accident report, the Kane County Coroner’s Office identified the victim as Sandra Sampey, 52, of Bartlett.

The investigators said the crash took place in the western suburbs around 5:45 p.m. precisely at the intersection of Raymond Drive and Purify Road. The police noted that the driver struck Sampey and a 58-year-old man of Bartlett while riding their bicycle.

The woman sustained fatal wounds and died at the hospital, while the man is alive but in critical condition. The investigators failed to reveal the driver’s name, but they said the motorist was involved in a separate hit-and-run crash near Chicago Street and Villa Court.

An officer in the area tried to get the driver to stop, but the motorist fled the scene and caused the second collision. The suspect fled on foot after striking Sampey and the man, but the police found and arrested the driver two hours later. The Illinois State Police is investigating the crash, and there’s no additional information at this time.

Most traffic collisions occur at the least expected time and due to negligent behaviors of road users. Law enforcement and traffic agencies advise motorists to ensure that they prioritize safety, pull over and stop when asked to by an officer of the law, and avoid taking the authorities on a high-speed chase. 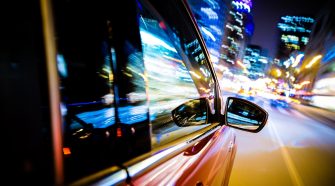