A motorcycle crash, which claimed the life of one person in West Odessa, Texas, calls for the expertise of a motorcycle accident attorney. The crash took place on Wednesday, July 1, as stated in the accident reports obtained from the Texas Department of Public Safety.

The Texas DPS deployed troopers to a location on Interstate 20, about five miles west of Odessa, following reports of a traffic collision. The crash, which involved a Chevrolet Silverado and a Kawasaki motorcycle, occurred just before 9:57 p.m.

The motorcycle was eastbound on I-20 frontage road, while the truck was heading westbound, towards the I-20 on-ramp. The operator of the motorbike failed to yield the right of way to the Chevrolet driver as they approached the on-ramp. As a result, he crashed into the side of the truck.

The motorcyclist suffered fatal injuries in the collision, and first responders pronounced him deceased at the scene. The Texas Department of Public Safety has since identified the fatal victim as Kevin Luna. DPS troopers confirmed that Luna was wearing a helmet when the accident happened.

Meanwhile, the truck driver, whose name remains withheld, did not sustain injuries in the accident. None of the involved vehicles had passengers, the reports confirmed.

Investigators did not immediately establish whether impairment played a role in the accident, which remains under investigation.

The victim’s family can also hire a motorcycle accident attorney to conduct an independent investigation into the cause of the crash and possibly, unveil additional evidence. 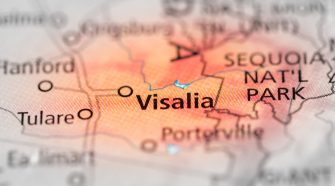