A car accident report from the Santa Ana area of California revealed that a man died after striking his vehicle against a wall on Saturday morning, May 23rd. The authorities identified the victim as a 26-year-old resident of the city, Isidro Mendez.

The preliminary crash report disclosed that the young man lost his life where McFadden Avenue intersects with Ross Street at approximately 2:45 a.m. The Santa Ana Police Department said that Mendez was traveling south on Ross when he failed to yield to a stop sign.

The disobedience caused him to crash into a short stone dividing wall on the south side of the intersection. The Orange County firefighters responded to a call about the crash and tried to render aid to the then-injured man. Sadly, Mendez succumbed to his wounds and the medics pronounced him.

The Supervising Deputy Orange County Coroner I. Chavez helped in identifying the young man. The deceased was the sole occupant of his vehicle, and no other car or person was involved in the fatal accident.

The investigators believe that alcohol played a role in the accident. There is no additional information.

Reports of car accidents show that most crashes occur due to the negligence and carelessness of drivers. Safety tips for motorists include wearing seat belts, obeying traffic lights and stop signs, and driving carefully and responsibly.

Others are not drinking and driving, keeping the eyes on the road, and avoiding distractions. Additionally, adjust mirrors and seats before moving, and frequently maintain the vehicle. 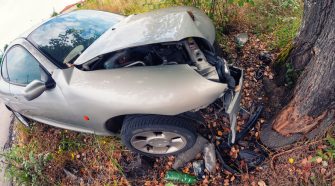