The man struck by a car while riding a bicycle in Temecula, California, passed away a day after the accident. According to the Riverside County Sheriff-Coroner’s Office, 82-year-old Kenrick Skinner died at 4 p.m. on Sunday, October 4th.

The victim was at the Inland Valley Medical Center in Wildomar until his demise. Facts from the accident report placed the time of the occurrence at approximately 7:18 a.m. on Saturday, October 3rd, on Margarita Road and Paseo Brillante.

The Riverside County Sheriff’s Department said that their preliminary investigation revealed that the driver of a gray Toyota Corolla was eastbound on Margarita when Skinner crossed into oncoming traffic with his bicycle. The car struck the victim, and he landed on the roadway.

When first responders arrived at the scene, they found the man unresponsive. Medics rushed him to Inland in critical condition after resuscitating him. The accident led to the closure of Margarita, precisely between Stonewood and Moroga roads.

Deputies from the Southwest Sheriff’s Station handled the investigation, and it remains active. Anyone with information regarding the crash should contact Deputy Hoctor on the station’s listed line.

Older people are more likely to suffer fatal injuries when a collision occurs than young people. Adults from 70 years and above are prone to chest injuries and medical complications, and a large percentage comes from those who ride motorcycles and bicycles.

To this end, older people must exercise extra care and caution when on the road, either in a car, a motorcycle, or a bicycle. Those who ride the latter must wear a bicycle helmet, protective clothing, and avoid riding when impaired. 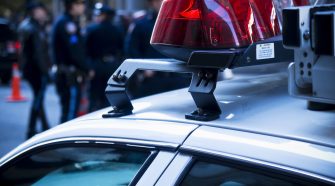