The ISP said that the crash happened east of Jasper County. The suspect drove a 2015 black Chevrolet Malibu, while the other driver involved, 31-year-old Michael Finley of Newton, operated a 2011 yellow International truck tractor grain-trailer combination.

The preliminary investigation revealed that Finley headed east on IR-33, approaching 640 east in Jasper County. At the same time, Allison traveled in the same direction, two vehicles behind the truck tractor.

The investigators said that the second driver slowed to make a left turn onto 640, and the woman struck the driver’s side of the truck tractor. The two motorists did not sustain any injury from the crash, but a passenger in the Chevrolet identified as Tracie Nash, 48, of Bridgeport suffered injuries.

The state police said the woman’s wounds are non-life-threatening, and she received treatment at an area hospital. The car accident report stated that officers cited Allison for failure to reduce speed to avoid an accident, improper lane usage, and failure to wear a seatbelt by the driver.

The three offenses are common traffic rule violations in Illinois, and they are frowned at by law enforcement agencies. Drivers guilty of either or all of the offenses face possible jail time, and payment of fines, especially if the individual is a repeat offender. 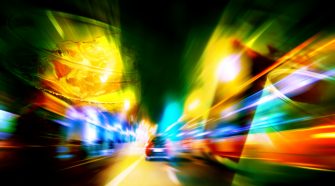