On Thursday October 11, 2012, a school bus accident in Victorville left sixteen children injured along with the bus driver. The bus was leaving the Galileo Academy in Victorville at around 2pm when the crash occurred. The crash involved a U-haul colliding intoo the bus causing the school bus to turn on its side. There were 40 students on the bus at the time of the crash.

Of all those involved two of the children suffered serious injuries and were taken immediately to Loma Linda University Medical Center for treatment. While the investigation by the police is ongoing, it has been reported that the U-haul truck was backing out of a driveway when it pulled into the path of the school bus and collided with the bus.

Whether on a school bus, at school or under the supervision of a school district, children who have been injured have the exact same rights to recovering compensation and in some situations more. Children can be exposed to situations where they cannot protect themselves and rely on supervising adults to do the right thing.

If your child has been injured at school or while on a school bus, Call our sponsoring law firm today for a free consultation of your claim. There are strict time limits in which you have to bring a claim and delaying could forever jeopardize your child’s rights. Call now (888) 853-6696. 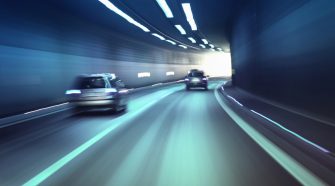