Several vehicles collided on eastbound Interstate 74 in Danville, Illinois on Wednesday morning, leading to at least one death.

The crash occurred at around 6:40 a.m., and ten separate cars were involved. The crash began when a Chrysler minivan, westbound on Interstate 74, collided with the median and overturned into eastbound lanes.

The Chrysler minivan carried seven occupants, one of whom was killed in the collision. The deceased man has been identified as David Miller, 29, of Dundee, Ohio.

The crash of the first two vehicles led to a series of rear-end crashes on eastbound Interstate 74, and the freeway was closed for over six hours after the incident. The vehicles involved include two cars and two SUVs, a pickup truck, and a semi truck.

The collision is still under investigation, but heavy fog and poor visibility conditions at the time of the incident appear to have been factors. 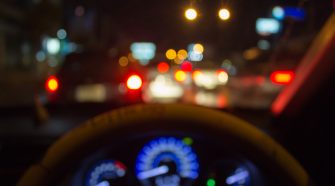