A man was sentenced to 12 years in prison for causing a fatal DUI crash in Winnetka last year. The Los Angeles District Attorney’s Office confirmed the sentence on Wednesday, September 30. The man was identified as Pablo Roman Trujillo Carrasco, 21, of Glendale.

According to the details shared by the authorities, the fatal crash occurred on Nov 17, 2019. Carrasco was traveling in the Winnetka area of Los Angeles. As he drove close to the Sunny Brae Avenue and the Parthenia Street, he lost control over his vehicle. His vehicle, identified by the police as a Chevrolet truck, then crashed into two vehicles parked nearby. The incident occurred after midnight and was reported to the authorities at around 1 a.m.

Carrasco had two teenager passengers with him at the time of the crash. These were identified as Louis Perez, 16, and Cesar Perez, 19. Both brothers sustained critical injuries and died at the scene of the crash.

Pablo Roman Trujillo Carrasco also sustained minor injuries. He was later taken into custody for causing the fatal crash while driving under the influence of alcohol. Los Angeles Police Department conducted investigations into how the incident occurred. Based on the findings of these investigations, LAPD charged Carrasco. The charges brought against him included two counts of gross vehicular manslaughter while intoxicated.

On Tuesday, September 29, Carrasco pleaded no contest to both charges brought against him. He was consequently sentenced to 12 years in prison according to the latest accident reports. 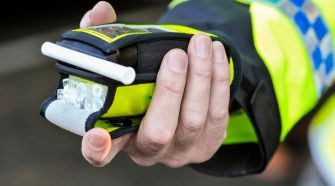