At about 5 p.m. on Wednesday, September 30th, a traffic collision on the east side of Tucson, Arizona, killed one minor and severely injured the other. Father Andriy Chirovksy of St. Michael Ukrainian Catholic Church identified the two as Edward Lautaire, 9, and Max Lautaire, 10.

According to the Tucson Police Department, the crash occurred on East Broadway, near Sarnoff Drive. In the accident report, officers stated that a woman identified as Valentia Lautaire was in the crosswalk with the victims when a light-colored BMW SUV struck the children.

Edward died at the scene, while medics rushed Max to the hospital where he is receiving treatment. The boys’ mother did not suffer any injury from the incident. Witness accounts revealed that the driver of the BMW slowed down after the collision before speeding away, making it a hit-and-run.

The police said there were two people in the car and a fuchsia blanket was in the back seat. They further described the vehicle as a newer model BMW, possibly an X1, X3, or X5. The investigators said that the car would have front-end damage.

The TPD is following several leads to find the driver and the vehicle. Anyone with credible information about the accident should contact the investigators on the emergency line or 88-CRIME.

Auto-pedestrian accidents are preventable if drivers maintain the speed limit and stop before crosswalks. On the other hand, pedestrians should always cross within the designated crosswalks, stick to the sidewalks, and look left-right-left before crossing. 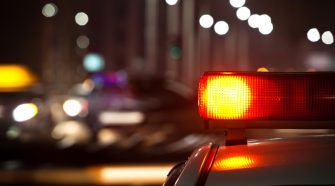