The semi, driven by 24 year old Michael D. Janes failed to stop at a Route 47 intersection where Craddock’s Nissan pickup was stopped. Janes rear-ended the Nissan with such force that it spun into Price’s Volkswagen Golf coming from the opposite direction. Following that collision, Janes lost control of the semi, causing it to crash into a Ford pickup being driven by 35 year old St. Charles resident Jarrott B. Schramm. Schramm’s truck then lost control, flipped, and came to rest on its roof.

Janes’ semi continued another 50 feet after both collisions, coming to rest in a nearby field.

Local police cited Janes for “failure to reduce speed to avoid an accident.” 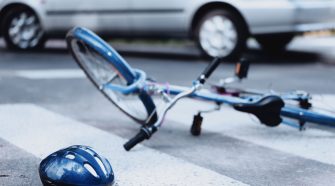