The California Highway Patrol arrested the man connected to a hit-and-run that happened at the end of May. On Wednesday, June 24th, officers located and took Raymond Zapien, 33, of Princeton, into custody in Yuba City, California.

A press release by the CHP disclosed that the suspect had been at-large since he struck and nearly killed an ATV rider on Sunday, May 31st, in Princeton. The crash report showed that Zapien was driving a Buick LaCross northbound on Highway 45 when he went off the road and struck the all-terrain vehicle driven by Destiny Sorrels.

The female rider sustained severe wounds, and the medics used a helicopter ambulance to fly her to Enloe Medical Center for treatment. Zapien tried to flee the scene, but a male motorist who saw the crash blocked his path with his Toyota Tundra. The suspect then fled the accident site on foot.

The CHP revealed that while investigating, they discovered that the man and a female passenger, Skyle Flores, were arguing while in transit, and Zapien made statements that hinted that the collision was an intentional act. The investigators believe the suspect was trying to end his life and that of his passengers, including a 15-year-old male teen who suffered injuries.

The man is facing hit-and-run charges, as well as an attempted murder charge, and would need the advice and representation of a car injury lawyer. The CHP remanded him in the Colusa County Jail, and there’s currently no information on his bail bond. 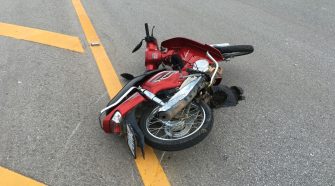