On Saturday, June 27th, the Ford County Coroner Rick Flessner revealed the identity of the female motorist who died in a solo crash in Ford County, Illinois. In updated reports of the car accident, the coroner named Leondra D. Hopkins, 22, of Champagne, as the fatal victim.

The Illinois State Police said that the accident happened near a construction zone on Interstate 57. At 6:26 p.m., Hopkins was driving her Buick south in the right lane of the interstate, about two miles from Paxton. As she approached the construction zone with a lane closure, she moved in front of another vehicle just before the lane merged into one.

The act caused the victim to lose control of the car, and she veered into the center median. The Buick rolled over several times before resting in the west ditch of the southbound lanes. Hopkins died at the scene, and Flessner said an autopsy revealed that she died from blunt force head trauma. A toxicology test result is pending to determine the presence of intoxicating elements.

A passenger in the Buick, Shyteisha Hedrick, 23, of Urbana, sustained severe injuries, and the medics took her to a local hospital for treatment. There is no additional information on her condition at this time.

Most motor vehicle crashes occur due to the negligence and recklessness of drivers. Motorists should practice safe road behaviors to prevent situations that lead to accidents, and join lanes of traffic slowly and only when they have the right of way. 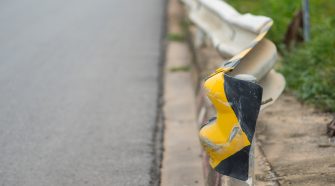