A car accident lawyer would come in handy following the identification of a woman who died over the weekend in a tragic multi-vehicle accident in Ann Arbor, Michigan. The Michigan State Police, on Wednesday, May 28, disclosed the fatal victim’s identity as Whitney Carol Cozine, 30.

Police reported the crash shortly after 9:25 p.m. on Sunday, May 24, on U.S. Highway 23. Officers affirmed that the collision involved no fewer than three vehicles that collided on the highway, near Huron River Drive. Three casualties resulted from the encounter, including one deceased.

The fatal victim was traveling in one of the vehicles involved at the time. Initial reports suggested the incident began when a car, driven by 30-year-old Alexander Hunter, lost control on the northbound U.S. 23. The vehicle then drove across the median into oncoming traffic, where it collided with two southbound vehicles.

The impact of the collision caused Hunter’s car to flip over and crash into a guardrail barrier. The two other vehicles struck also got disabled.

First responders pronounced Whitney Cozine deceased when they arrived. Hunter and a passenger in one of the vehicles suffered critical injuries. A Huron Valley Ambulance conveyed them to a hospital for urgent medical attention. Another passenger involved was in stable condition.

The crash shut down all lanes on 23 for over six hours while officers conducted on-scene investigations and clearing of the wreckage.

Victims of car accidents can seek legal counsel from an experienced car accident lawyer to determine the next line of action.

Next Men Indicted on Charges in Crash That Killed Howard Wright 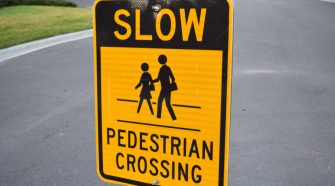