Adrian McGee, 28, of Vallejo, lost his life at about 1:08 p.m. on Thursday, February 13th, after he crashed his car against a tree at Highway 780 and Glen Cove, California. He was identified by the Solano County Coroner’s Office.

McGee was involved in a top speed pursuit with the Vallejo Police. Earlier in the day, at about 11:18 a.m., the VPD received a call from a witness about a man smashing a car window and stealing from it on 980 Admiral Callaghan Lane.

Less than an hour later, at about 12:36 p.m., a second caller reported another incident, and gave the police the description of a silver Honda Accord as the car the suspect was driving. The VPD sent officers to the area and located the vehicle.

McGee was driving, and the police tried to get him to stop, but he wouldn’t. The VPD officers started chasing the deceased but lost him after a while.

The Honda reappeared on the westbound road 1-780, and police officers started pursuing it again. McGee succeeded in evading his pursuers for a second time but ended up crashing to his death.

When the police officers found the deceased, they tried to resuscitate him, but he was already dead. The VPD has not stated if they recovered any of the stolen items from the Honda.

The California Highway Patrol is investigating the primary cause of the crash. The VPD has asked anyone with information that could help their investigation to contact their office or the CHP Golden Gate Division. 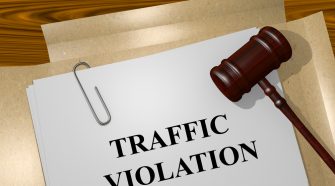