On Thursday, January 2, 2020, at 2:53 a.m., HazMat officials evacuated some Brea, California residents due to a hazardous chemical fire.

The fire was at Bristol Industries on the 600 block of Lambert. The cause of the blaze is unknown; however, there was a foul odor evident during the firefight. Responding firefighters called the hazardous materials team when they discovered that chemicals were present.

Officials believe the dangerous substance was an alkaline-based material. Some reports state this was possibly alkaline soap, and that the material escaped after exposure to the water used to fight the fire.

Various news articles reported that there were between ten and “dozens of” employees inside the plant. Reports state that they evacuated safely.

Bristol Industries is a commercial manufacturer for the aerospace industry. They make fasteners for the air frames and engines of planes.

The Bristol Industries building is on 630 E. Lambert between State College Boulevard and Cliffwood. Officials closed the roads in this area on Thursday morning, forcing morning commuters to use alternate routes.

Displaced residents went to the Brea Community Center until 7:00 a.m., at which time officials lifted the evacuation. The roads also reopened just before 7 a.m. At this time, no injuries have been reported. 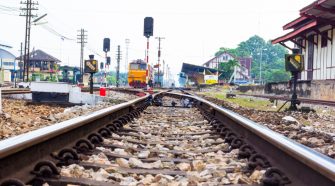