A 60-year-old man died at a Fullerton hospital on Thursday, January 3, 2020 from injuries he suffered in a hit-and-run accident. The 43-year-old driver of the vehicle that struck him is in police custody.

The crash took place around 6:00 p.m. Thursday near Lemon Street and Santa Fe Avenue. Responding officers found the man lying in the No. 2 lane of Lemon with serious, life-threatening injuries. Fullerton Fire Department paramedics transported him to the hospital, where doctors pronounced him dead. The name of the victim has not been disclosed at this time.

A police investigation determined that the victim was not in a marked crosswalk when he attempted to cross Lemon street. The suspect, Marianne Hall, 43, of Fullerton, was driving southbound in a 2015 gray Honda Civic and struck the pedestrian. She left the scene prior to officers’ arrival.

Ms. Hall later returned to the scene, where officers arrested her on suspicion of felony hit-and-run causing great bodily injury or death.

Since neither alcohol nor drugs appear to be factors in the crash, had Ms. Hall remained at the scene, as is legally required in an accident, it is likely she would not have been charged.

If you witnessed the crash, please call Fullerton Police Traffic Accident Investigator Keen at 714-738-6812. You can also submit an anonymous tip to Orange County Crime Stoppers at 855- 847-6227 or occrimestoppers.org. 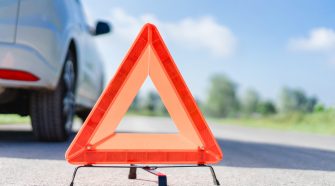