Accident reports have revealed that the identity of the boaters that went missing after their boat capsized in a pond around the area of Del Valle, Texas, is now known. The Travis County Sheriff’s Office revealed the victims’ identities on Thursday, May 28, as a female, Eva Cruz-Ramon, and a male, Rafael Luna.

Deputies from the sheriff’s office arrived at the scene of the incident, located east of Travis County. This was after they received reports about a canoe that capsized, after which two persons went missing, at about 8 PM, on Monday, May 25.

The officers, joined by several emergency agencies, began a rescue mission for the victims. The mission soon turned into a recovery mission after the search party went three hours without any sign of the man and woman.

They found the body of the woman, Ramon, on early Tuesday morning, May 26. The very next day, they also found the man’s body at about 10:30 AM.

No one knows why the canoe capsized, but the sheriff’s officials, in their advisory, suggested that weather played a role in it. They noted that the severe storm that hit the region on Sunday, May 25, may have changed the dynamics of waterways.

The officials also said that rescue efforts were hindered by severe weather and lack of daylight and that recovery efforts could not begin until the next day.

Investigations into boat mishap remain ongoing. Accident reports state that the sheriff’s office and the Travis County Medical Examiner’s Office are working to determine the cause and manner of Luna’s and Ramon’s deaths. 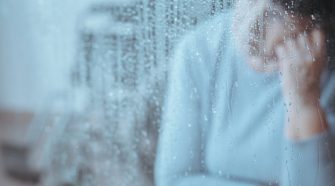