Authorities have identified the victim of the fatal motorcycle crash at Highway 87. On Wednesday, February 19th, they released his name as Darwin Cardenas-Cardona, 39, of San Jose, California.

The autopsy report showed that the deceased passed away from the blunt force trauma suffered during the crash, and ruled the cause of death as an accident. There is no toxicology report yet, and authorities have not stated if there will be one.

Cardenas-Cardona wrecked his motorcycle last Friday, February 14th. He was driving a 2006 Honda motorcycle heading north on Highway 87 to Interstate 280.

At about 2 a.m., the deceased swerved to the right according to the California Highway Patrol. The motorcycle clashed with a guardrail on the right shoulder, and Cardenas-Cardona got thrown off the bike.

He landed on the roadway and was found unresponsive by first responders. He was pronounced dead at the scene, and the CHP closed down the road for about two hours.

There are over 800 000 registered motorcycle riders in California, and accidents occur almost daily. About 80% of all motorcycle accidents result in injury or death every year.

Motorcycle riders are killed 26 times more often than passenger car riders on a per-mile basis. Some common causes of motorcycle accidents include lack of necessary driving skills, failure to use safety precaution, and over speeding.

Safety tips include driving at the recommended speed, avoiding lane splitting, and tailgating. A motorcyclist should also follow traffic laws, wear a helmet, and protective clothing, and be abreast of the motorcycle manual.

Next Florian David Ramirez Gets Injured in Police Chase Accident 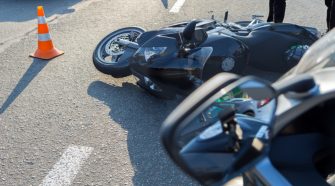