On Tuesday, February 18th, Florian David Ramirez, 40, suffered injuries following a car accident in the area of Avenue 50 and Jackson Street. The accident happened in the afternoon as the injured man was trying to evade the police.

Police deputies tried to stop Ramirez at a traffic light on the suspicion that he was driving under the influence. He failed to stop and drove away at top speed, thereby prompting the police to give chase.

The chase continued until Ramirez got to an intersection in Indio where he crashed into another vehicle. The driver of the other vehicle suffered minor injuries and got treated at the scene.

Ramirez got booked into the Indio County Jail, and he is facing charges for felony DUI resulting in injury, and felony evading and committing a felony while on bail. Both offenses are taken seriously by the court in California.

A person convicted of felony DUI resulting in injury under California Vehicle Code 23153 faces not less than three years in county jail and a fine not less than $1000. The person will also have his or her driver’s suspended for up to a year.

In arriving at the sentence, the court will consider if the offender had over the recommended blood alcohol level. It will find if the driver had, in addition to alcohol, drugs in his or her system.

The court will look at the performance of an illegal act or negligence while driving. The affliction of severe bodily harm will also get looked at, as well as the fact that the person was driving a vehicle when the injury occurred. 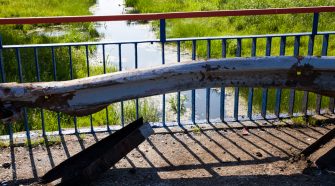