A woman lost her life early this week following a two-vehicle collision in Granite Bay, California. 92-year-old Delores Nelson of Folsom passed away on Tuesday after succumbing to the injuries sustained in the occurrence.

The car accident report released by the California Highway Patrol Auburn area office disclosed that a speeding 2016 Volkswagen Jetta rear-ended the victim’s 2017 dark red Toyota Prius. The investigators said it happened at about 1:20 p.m. at the intersection of Auburn Folsom and Eureka roads near Folsom Lake.

Nelson was southbound on Auburn Folsom when she stopped for a stoplight at the intersection. The 36-year-old male driver of the Jetta traveled in the same direction. The CHP said the man drove at high speed as he approached the Prius location.

The driver failed to stop at the intersection and crashed into the victim’s car. The impact pushed the Prius into the south-west direction across a sidewalk through a concrete perimeter wall before it stopped.

The Jetta rested in the right southbound lane on the opposite side of the intersection. Emergency personnel extricated Nelson and the male driver from their vehicles, which had no passenger. Medics took the two to Sutter Roseville Medical Center, where the woman remained till her death.

The highway patrol said alcohol or drugs do not appear to have played a role in the accident in any capacity. The investigation is ongoing, and there’s no additional information at this time.

Previous Corey Chattic Indicted for a Fatal Accident in Channahon 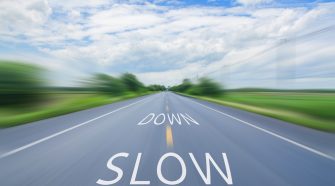