48-year-old Corey Chattic of Plainfield would need a top accident lawyer to represent him following his indictment by a grand jury for a fatal accident in Channahon, Illinois. On Thursday, October 15th, county deputies booked him into the Will County Jail on a felony reckless homicide charge.

The man also faces three counts of aggravated driving under the influence of alcohol. The accident happened on August 12th, and it claimed the life of Chattic’s passenger, Danielle Rachford, a 32-year-old resident of Geneva, Illinois.

The crash report showed that the defendant drove a 2018 Harley-Davidson motorcycle on Front Street’s westbound lane. At about 7:45 p.m., he lost control of the bike, one mile west of the frontage road.

The crash ejected Rachford from the two-wheeled drive, and she sustained injuries that she later succumbed to that night. County investigators initially cited Chattic for traffic violations after the accident: driving too fast for conditions and failure to reduce speed to avoid an accident.

They also cited him for driving with a blood alcohol content of .08% or more. Deputies booked the suspect around 2 p.m. Thursday, and as of late Friday afternoon, October 16th, he remained in custody on a $100,000 bail bond.

The victim’s family instituted a civil lawsuit for wrongful death against the defendant for failing to keep a proper and sufficient lookout when riding the motorcycle. The lawsuit alleged that he failed to travel at a reasonable and appropriate speed, which endangered the victim’s safety. 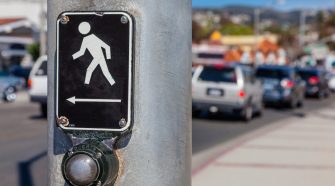