A street vendor is currently fighting for her life after a car drove into her fruit stand in San Bernardino, California. The San Bernardino Police Department made this public in a press release on Friday, October 16th, and released the victim’s name as Marlen Munoz, 28.

The release disclosed that the crash, which the police are investigating as an assault, happened in the area of Frontage Road near Highland Avenue around 3:20 p.m. on Tuesday, October 13th. Officers responded at the scene after receiving an accident report of a car striking the woman.

When they arrived, they found Munoz with extensive traumatic injuries and took her to the Loma Linda University Medical Center. She remains in the intensive care unit in critical condition. The police said medical personnel is hopeful for her recovery despite the victim being unresponsive.

The investigators said the woman was selling fruit at the corner when a black SUV plowed into her stand. They believe the vehicle’s driver intentionally targeted the woman based on witness statements and evidence recovered at the crash site.

The police have not established the assault’s motive, but they located the SUV driver, Robert Spargo, 42, and placed him under arrest. They booked him on suspicion of assault with a deadly weapon and set his bail at $500,000.

Officers found several aerosol spray cans in the vehicle, leading them to suspect the man was under the influence when the crash happened. Anyone who witnessed the occurrence should contact Detective Flesher or Sgt. Tello of the SBPD on the listed line. 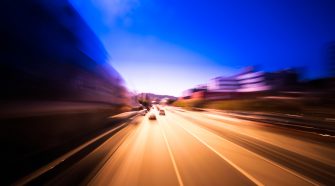