Fresno County officials have now identified the victim in a fatal motorcycle crash that occurred on the weekend. Alexander Cameron, 24, of Clovis was the unfortunate victim of the accident according to the initial accident reports shared by the Fresco County Sheriff’s Office.

The accident in which Cameron lost his life took place on Saturday, August 8. It happened at night and was reported to the authorities at around 8 p.m. Cameron was traveling southbound on the Academy Avenue and approaching Shaw at the time. Preliminary findings show that he was riding his motorcycle, identified as a Honda, at a high rate of speed when he apparently lost control of the motorcycle.

As he lost control, the motorcycle moved away from the roadway towards the west shoulder and crashed into a concrete fence at a high speed. The sheer impact of the collision caused Alexander Cameron to sustain critical injuries. Once the first responders and law enforcement personnel arrived on the scene of the crash, attempts to revive Cameron failed. He was pronounced dead on the site of the accident.

Authorities continue to investigate the incident. Fresco County Sheriff’s Office is among the agencies partaking in the investigations. The investigators are yet to confirm if alcohol or drugs were involved in the crash. Investigations have so far revealed that Cameron was wearing a helmet at the time but didn’t have a valid motorcycle license. Subsequent accident reports from the Sheriff’s Office may also unveil other vital details regarding the accident. 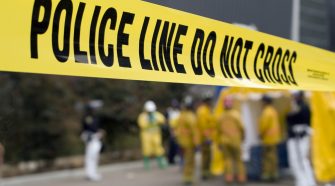